A Tabakalera space dedicated to fostering cultural creation and communicating it to the public.

At Kulturgileak you can find all Tabakalera's programmes, services and resources related to creation. 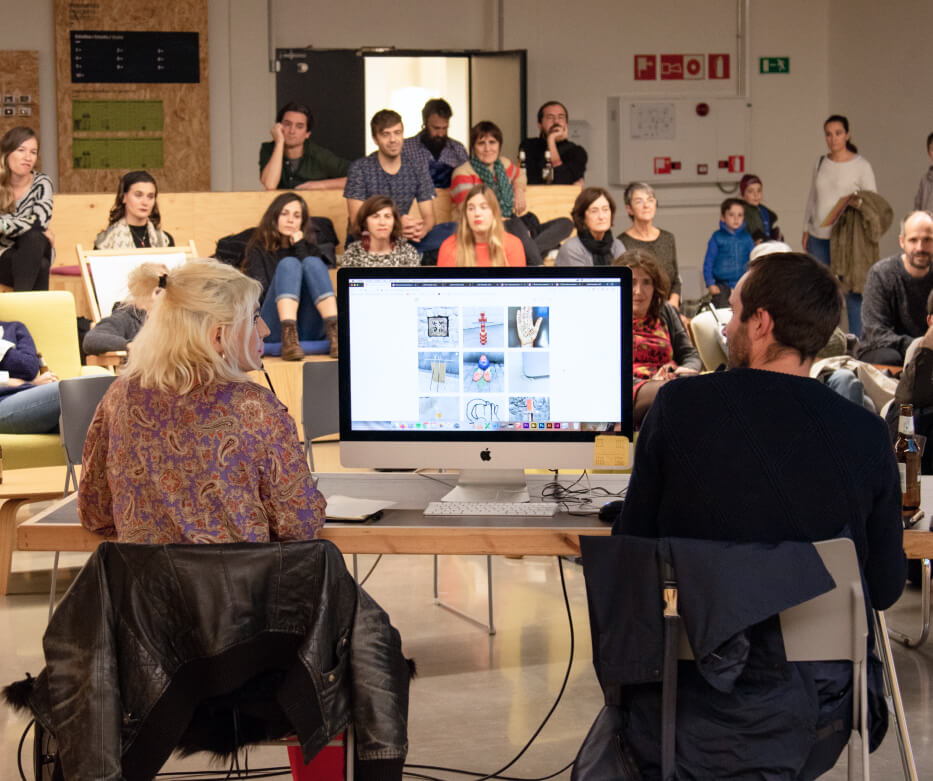 Since it was opened, Tabakalera has been a centre for cultural exhibition. But it is not only that. It is also, above all, a centre for creation.

Cultural production, support for professionalisation in different creative fields and constant reflection on the economy of culture are fundamental issues for Tabakalera, as is reflection on the work, production and economic models of which our sector is made up.

In addition, Tabakalera must showcase cultural work and bring it closer to citizens. It must also publicise and draw attention to the different creative processes and promote them in order to seek their impact on society and the economy.

TRANSFER TO OTHER FIELDS

These processes also create value and generate a transfer of value to other areas, which not only include what we traditionally call the cultural industry (such as publishers and producers, which base their activity on creative content). The creative industry (with products based on creativity that are not cultural products, such as video games or fashion) can also generate value in other industries and in social contexts. This is what is usually called co-creation, a process in which creative participation leads to new products and services.

We understand Tabakalera as a laboratory for new forms of creative collaboration between sectors, and this requires mutual learning, from a cross-cutting and horizontal perspective. In addition to developing the skills of professionals in the field of culture, we seek to approach the other sectors to generate synergies.